Home > Our stories > Getting back in the driver's seat

Getting back in the driver's seat 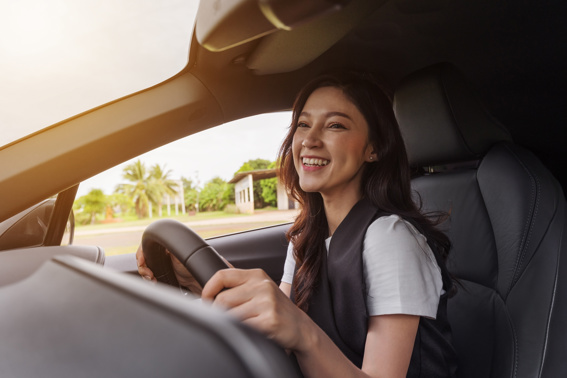 The young mum has discovered her own independence by getting out and about, taking her children to and from school, and volunteering with local organisations. Any rural isolation she first felt when she arrived in Mid Canterbury, is now behind her, thanks to the Rural Driver Licensing Scheme.

The scheme, a partnership between Safer Mid Canterbury and the Mid Canterbury Rural Support Trust, provides free support, tuition and subsidised driving tests to newcomer/migrant women living in rural parts of the district. Participants receive 18 hours of tuition across nine lessons at the Ashburton Learning Centre, where they study the road code and take online tests to prepare them for sitting their learners’ driving licence.

Following that, they are matched with a trained volunteer driving mentor and attend two lessons a week until they are ready for their restricted licence test. They also receive two lessons with a professional driving instructor to ensure they are driving to a high standard before sitting the practical test. The test fees and tuition are subsidised by the programme.

Because many of the women have young children, there are also volunteer child minders and a volunteer who is available to drive the participants into town if transport is a barrier. Priya says the support she received from her mentor made the process of attaining her restricted licence possible. She then paid to attend a defensive driving course and went on to pass her full licence.

“I have gained so much confidence,” she says. “Now I have my licence, I am more independent, and I am able to travel to wherever I need to go. I would encourage other women to join the Rural Driver Licensing Scheme.”