Home > Our stories > A fresh start 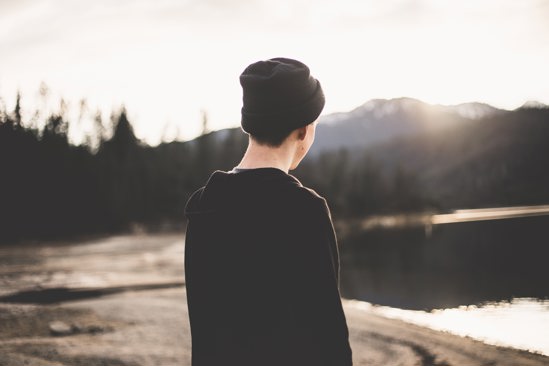 BJ* was 14 years old, excluded from school and becoming involved in petty crime with other youth around the town.

He had a long list of behavioural issues starting in primary school, including being verbally abusive to teachers and students, truancy, and misuse of property. He had no charges against him yet, but local police identified BJ as at high risk of moving into offending and landing in real trouble.

They referred him to our Youth Justice (Fresh Start) service, knowing we could offer BJ some positive alternatives to his current path. BJ lived at home with his mother and his two younger sisters. He had no contact with his father, who lived in another city and had substance misuse issues. BJ’s mother worked hard at her job and the house was warm and food was always available. However, the family’s way of communicating was through shouting, swearing and verbal abuse of each other, including the younger children.

We saw that they all needed a bit of help learning some more positive ways of communicating with each other. We knew this would help them all and provide a base for supporting BJ to learn new behaviours. Once we began working with the family, we quickly saw that there was a loving, supportive relationship between BJ and his Mum. With his Mum working alongside our Youth Justice Worker, BJ gradually learned to start changing some of his behaviour patterns. One-by-one we dealt with his aggression, coached him with his social skills, and encouraged new ways of communicating with his family and teachers. It turned out that BJ was an intelligent and witty young man, who had been aware of his behaviour and his disrespect towards others. He didn’t have a lot going on in his life, no after-school activities that didn’t involve trouble, and no real boundaries.

After spending time with BJ we were able to identify what interested him. He loved any sort of physical outdoor work, where he could work alongside others to do the ‘hard graft’. So, given that BJ was suspended from school, we organised work experience with a family friend, splitting firewood every weekday. In the meantime, the Youth Justice Worker and his Mum worked together on school enrolment applications for a fresh start at a new school.

BJ proved himself to be a hard worker and he began to get paid for the hours he worked. Because he was busy all the time, and tired by the time he got home at nights, he no longer had the desire to hang around with his old mates. We spent time with BJ talking about his work and workplace interactions. He began to think about his behaviour in a new light, emerging with a new self-awareness. We spoke about hopes for the future and together identified the strengths emerging from his workplace experience and interactions.

Four months later, BJ was accepted to enrol in a different local high school (with strict conditions). He has just completed two full terms at his new school, working hard on gaining NCEA Level 1. He has been a model pupil, with no behavioural issues reported since the day he started. No offending in the community has occurred, he has a group of new friends and a part-time job after school. BJ has moved from strength to strength and is now a confident and respectful young man.