Home > Our stories > A bright future 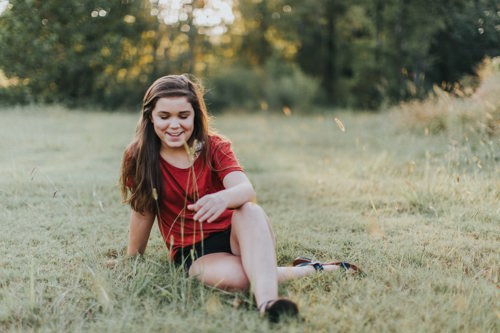 Catherine* was 13 years old when she was referred to Youth Support, after moving to the Ashburton district to live with her father.

Her parents had been involved in a custody battle in which Catherine felt her wishes had not been acknowledged. She and her sister were sent to live with her father, leaving her feeling disempowered and hurt as she struggled to understand why her parents had not taken into account what she wanted. This was especially hard for her when her mother moved to Australia.

When Catherine was referred to Youth Support, she was initially hesitant about the process. But after the service’s coordinator explained how they would work together on what she needed, she opened up. Youth Support assisted her by arranging a meeting with a lawyer for the Child. This meeting was hugely beneficial for Catherine, who felt she was then able to understand why the decision was made to send her and her sister to live with their father. Afterwards, Catherine began to settle in with her father and found that she enjoyed living with her step family. Having regular meetings with Youth Support allowed Catherine to build her confidence.

This was especially useful in helping her to articulate her thoughts and feelings about keeping both her parents happy. After three months of weekly meetings with Youth Support, who also helped her to settle into her new school, Catherine decided to remain in Ashburton to continue her education. She also completed the eight-week BeYoutiful Programme and has been looking at what her future career might be.

Now comfortable and confident at home and in her community, Catherine’s ability to self-reflect and express her feelings has greatly improved her happiness. She has even set herself some goals, which have included joining her high school netball team and applying for jobs.

Youth Support has continued to work alongside her and will continue to assist her in consulting with her lawyer and articulating her feelings to both her parents. Catherine’s growth in confidence and ability to communicate has been the success in her story, the Youth Support coordinator says. “From initially feeling unhappy and disempowered, she is now confident that her voice can be heard.”